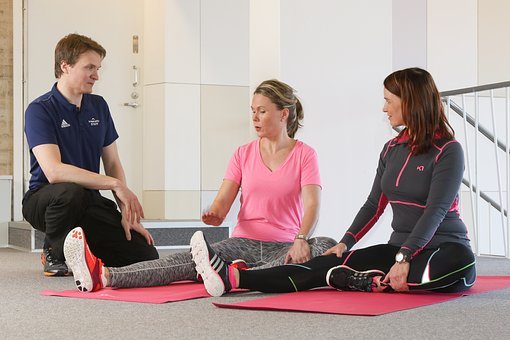 Let’s look at Feldendraus Method and how it can help you with your bicycle injuries. If you have enjoyed cycling for much of your life, it is likely that you have had some injuries despite the attention to such things as proper equipment and biomechanics.

This article may contain affiliate links.

Cycling injuries account for half a million visits a year to the emergency room, many of them involving motor vehicles. Unfortunately, head injuries are common in cyclists and represent the majority of fatal accidents.

Other common injuries include:
· Bruises, sprains, and fractures.
· Pain in the neck and back are very common in cyclists.
• The handlebars and seat, causing a variety of wrist, hand, and genital injuries.

Temporary numbness of the genitals is a common side effect of long-distance cycling, especially in heavier riders.

In several studies, cycling over 150 miles per week was associated with a 20% chance of numbness. Seat design and placement are important in these cases. Seat width, angle, and length of nose play a particularly important role.

Reduce the intensity and distance, and holding off the saddle during a long ride can help.

What Is The Feldenkrais Method?

The Feldenkrais Method is a type of exercise therapy devised by Israeli Moshé Feldenkrais (1904–1984) during the mid-20th century. The method is claimed to reorganize connections between the brain and body and so improve body movement and psychological state.

The Feldenkrais Method is a type of alternative exercise therapy that proponents claim can repair impaired connections between the motor cortex and the body, so benefiting the quality of body movement and improving wellbeing.

In a session, a Feldenkrais practitioner directs attention to habitual movement patterns that are thought to be inefficient or strained and attempt to teach new patterns using gentle, slow, repeated movements. Slow repetition is believed to be necessary to impart a new habit and allow it to begin to feel normal. These movements may be passive (performed by the practitioner on the recipient’s body) or active (performed by the recipient).

Does The Feldenkrais Method Actually Work?

Just like many other exercise forms, there is no proven medical evidence that the Feldenkrais Method offers any health benefits, but researchers do not believe it poses any serious risks.

Personally, I don’t see how teaching your body to move naturally without tension can’t help in all aspects of life.

This is why I believe the Feldenkrais Method will help cyclists and other athletes. Most cyclists spend significant time training doing “hard” work – trying to get stronger, ride faster or go further. This is no doubt helpful, but they tend to overlook the benefits of practicing movements that are “easy.”

The Feldenkrais Method is a way to improve your physical performance by moving very slowly and gently. This allows you to become aware of unnecessary muscular effort in fundamental movement patterns, and to discover more efficient alternatives. After a lesson, you may feel a greater sense of awareness of how to use your body in a way that feels effortless and graceful, in everyday life and on the sports field.

If for instance, you have a stiff hip flexor, you might be putting tension on that muscle while working it. While cycling fast, it would be difficult for you to pinpoint where you are tensing or straining your muscle because you are working so vigorously. During a Feldenkrais class, you would be forced to slow the movement right down and your attention can be directed to the places you are placing tension and you can feel how to release it.

You will be able to explore different options of movent and find the most efficient and comfortable method. Once you gain improved awareness of your body working at a slower speed, you can practice duplicating that same feeling while cycling.

A similar process of exploration could be used to improve any other sporting movement. Throwing, jumping, balancing, and kicking can all be done the hard way or the easy way. The Feldenkrais Method is a unique way to give you a choice.

You can also go the self-help way and purchase The Feldenkrais Method®: Learning Through Movement