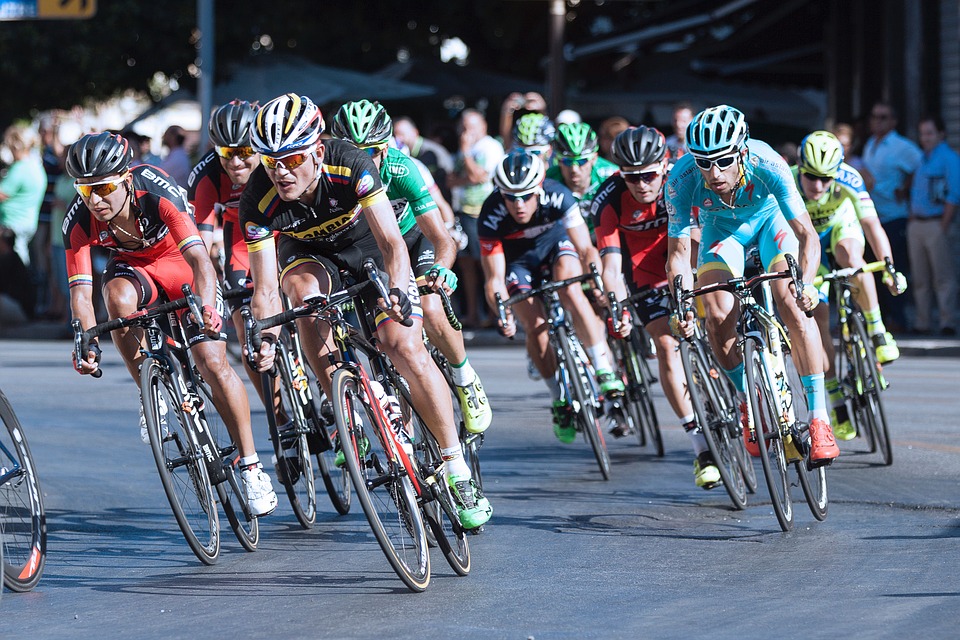 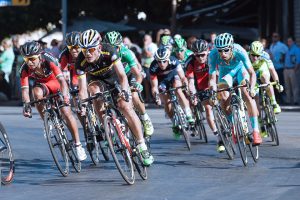 Do you know what the fastest bicycle speed ever recorded is, or even what type of bicycles have set these speed records?

The results may surprise you.

Technically, the land speed record for a bicycle is held by Bruce Bursford, who pedalled to an astonishing 208 mph in August 1995.

Burford’s record carries a caveat, however: He was sitting on a specially designed, stationary bike with helium-filled tires and a two-foot chainring, set on rollers. With every pedal stroke, Bursford covered a theoretical 150 feet, and he rode for just 30 seconds.

Before Bursford, Fred Rompelberg of the Netherlands blazed across Utah’s Bonneville Salt Flats at 167 mph in 1995.

Rompelberg set his record while drafting behind a special pace vehicle that created a space with zero wind resistance. Rompelberg had posted several previous speeds of well over 100 mph on the salt flats.

John Howard was the record-holder who preceded Rompelberg.

John got to the speed of 152.2 mph on the Bonneville Salt Flats in 1985. Like Rompelberg, Howard rode behind a pace vehicle. In an interview, he described the experience as “terrifying and exhilarating … like riding a pair of bumpy rollers as fast as you can possibly go where your margin of control is limited. I was turning about 120 revolutions per minute at 152 mph.”

He set his first record on snow on April 21, 2000, when he reached 138 mph while mountain biking downhill in the ski resort town of Les Arcs, France.

Two years after his snow speed record, Eric Barone also set the world record for riding on dirt, hitting 107 mph while cycling down the side of Nicaragua’s Cerro Negro volcano.

This achievement nearly cost Barone his life when his bicycle hit a rock and came apart during the descent, resulting in a spectacular crash; he spent nearly a week in the hospital.

Jose Meiffret of France set the world record for cycling on a paved surface in 1962 when he reached more than 127 mph on the German Autobahn. A pace driver in a Mercedes 300 SL assisted Meiffret in his feat by providing a drafting space of low wind resistance.

Canadian cyclist Sam Whittingham holds the record for fastest speed on a flat, paved surface without using a pace vehicle; he reached 81 mph in Battle Mountain, Nevada in 2001.

The hour record is recorded for the longest distance cycled in an hour on a bicycle. This would also fall under the fastest bicycle speed ever recorded.

Although these records are not the farthest distance, the current UCI hour records are:

These bicycles feature a lower frontal area and enclose the rider and machine in an aerodynamic shape made of carbon fibre to reduce air resistance.

Non-streamlined recumbent bicycles have no shell, only disk wheels and the rider sitting the top frame.

So in a nutshell above, those where some of the fastest bicycle speed ever recorded. To get an even more comprehensive list, you can visit https://en.wikipedia.org/wiki/List_of_cycling_records

Recumbent bicycles have broken many speed records in the past and for this reason, they have been banned from international competitions – since 1934. Because of this, they have not been popular in competition and sport, until the late twentieth century.

Interestingly, although tricycles actually fall into the recumbent bike category, for whatever reason they are generally accepted in the main ‘upright bike’ category.

Recumbent bikes have several advantages over upright or traditional bikes. Some of these differences are described below:

Recumbent bikes encourage a posture that reduces stress on the body. This makes them ideal for longer trips. When a bicycle is comfortable for long periods of time it makes sense that we’re likely to cycle farther, right?

A big advantage is that the body is low while riding.  In a recumbent bike, our legs are positioned almost at the same height as our hearts, thereby reducing the hydrostatic pressure and the work of circulating blood through the heart and our bodies.

Recumbent bikes are much more stable for obvious reasons, mainly as they are situated closer to ground.

When choosing a recumbent bicycle, riders have many more varieties to choose from than with traditional upright bikes. There are all kinds of variations to choose from.

To read more about the history of recumbent bicycles, click here.