It is wonderful that one can get online cycling gear nowadays at a much better price than you can in-store, which is why I love searching for good deals online.

When I started cycling, the first thing someone said to me was to do myself a favor and get a good pair of cycling shorts that are padded with a chamois. This or a gel seat, and boy was she right. Your butt can get really sore and bruised without at least one of these items.

Of course, the other important thing we mustn’t forget about is a helmet, but in this article, I am going to focus on cycling shorts.

Chamois padding will often be the piece of cycling gear that makes or breaks your ride.

That’s because your bottom serves as the biggest contact point with your bike. Have a good chamois, and you can ride comfortably for hours pain- and chafe-free; go without, and you’re looking at a bad case of saddle sores.

Before we look at some online cycling gear, here are six things you might not know about your chamois, which will help you get the most out of your cycling shorts (and prevent some embarrassing kit mishaps).

This post may contain affiliate links, which means that if you purchase anything on this page, I will get a small commission at no extra cost to you.

What Is Chamois Actually? 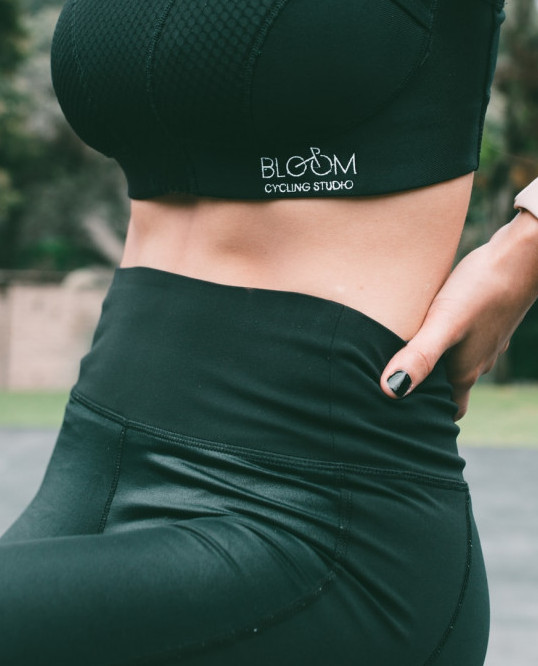 Chamois padding was introduced nearly a century ago as a solution to chafing for endurance cyclists. Longtime riders will remember these first chamois pads were made of leather, not the hi-tech synthetic kit materials of today.

Cyclists were wearing wool shorts then that would bunch up and cause friction. Having a suede-type material inside the shorts added just enough glide to offer racers some relief from chafing, but this didn’t protect them from vibrations experienced on the road.

The first synthetic chamois was developed by Maurizio Castelli around 1980 and since then nearly every clothing manufacturer uses synthetic materials. They are a mixture of open and closed cell foam and gel inserts, that reduce both chafing and protect from bumps on the road.

Believe it or not, looking for the squishiest or softest padding you can find is often a mistake.

It is actually better to buy a pad with more density. The ideal thickness is between 8 and 13mm.

If the padding is too squishy or pillowy, it is going to compress down to nothing and will be nearly unusable. That’s because the more the padding compresses, the more pressure it places upon the exact area you’re trying to keep pressure-free.

Try buying a breathable, anti-microbial chamois that will eliminate moisture and friction, which are the two biggest chafing culprits. You should also pay attention to the seams attaching the chamois to the shorts. Look for stitching that lays flat, or the raw edge from the stitching could end up ripping open some skin.

Is There A Difference Between Man’s And Women’s Chamois?

With advances in molding techniques, companies are able to mold chamois to more anatomically correct shapes.

Both a male and female chamois typically will resemble an elephant’s head, with the female chamois having wider ears to accommodate a women’s larger hipbones, and a shorter, rounder nose. Many cycling shorts use multiple densities and thicknesses of chamois padding specifically chosen for the unique demands of different anatomical body parts.

Because the contours between a saddle and the human body are so complex, it’s impossible for a completely flat chamois to properly follow those curves.

Noticeably, many chamois place higher-density foam underneath your sitting bones, and thinner foam situated against the more sensitive areas.

While there are significant differences between male and female chamois, Smith says, men can still wear women’s cycling shorts and vice versa if need be. It definitely beats the commando-riding style alternative.

Remember To Wash Those Shorts!

No one likes to do laundry, but you should never wear a pair of shorts twice without washing them first.

That’s a prime place for bacteria to grow, and with a bit of abrasion on the skin from riding, it’s an easy place to start an infection.

Although many shorts have some anti-microbial properties built into the chamois that might protect you when riding in the same shorts multiple days in a row, those properties eventually fade away after repeated washings.

The typical lifespan of the cycling shorts depends solely on the rider. It goes with how much saddle time they are putting in, their weight, and the type of shorts that they are wearing.

Over time the chamois padding becomes packed down and then it is unable to perform its function, so when they get uncomfortable, it’s time for a new pair. Another good indicator that you need a new pair is if you are feeling them when you ride. Mostly you shouldn’t feel them at all.

Here are some great deals you can purchase online. I have included some cycling shorts, as well as gell seats. Simply click on the picture to find out more about the product.